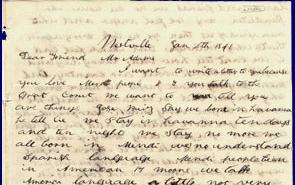 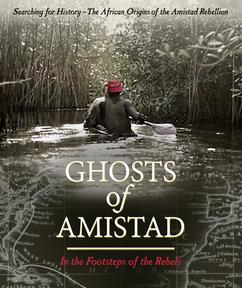 In February of 1839, in the every day occurrence that was - for more than 200 years - the Transatlantic Slave Trade, Portuguese slavers shipped a boatload of kidnapped Mendi men, women and children from Mendeland (now Sierra Leone) to slavery in Havana, Cuba.

There, 53 people (49 men and 4 children) were purchased by two Spanish planters and boarded on to the Cuban schooner Amistad. On July 1, 1839 - as depicted in "The Revolt," in artist Hale Woodruff's three-panel Amistad Murals (installed at Talladega College's Savery Library) - the Africans seized the ship, killed the captain and the cook, and ordered the remaining crew member to sail them back to Mendeland.

Sailing eight weeks en route, the slaver zizzagged its way through Atlantic waters in an approacch-avoidance conflict with the American shoreline - sailing toward Africa by day (when the captives could steer by the sun) and toward U.S. shores by night (when the pilot used his navigational skills to thwart the captives' efforts).  As captor and captive pitted wits against the common enemies of time and the sea, what happened aboard that ship made its way into history as the "Amistad Mutiny" - the only successful shipboard slave revolt in U.S. history.

On August 24, 1839, as the Amistad anchored at Culloden Point off Long Island for food and water, the Africans were taken into custody and put on trial for mutiny and murder.  Imprisoned for two years, aided by American abolitionists, they endured a succession of trials won and verdicts in their favor challenged. ​

This photo of the man later known as "Pa Raymond," is thought to be that of "Little Kale" at age 80.  ​source:  Digital Histories @ Yale 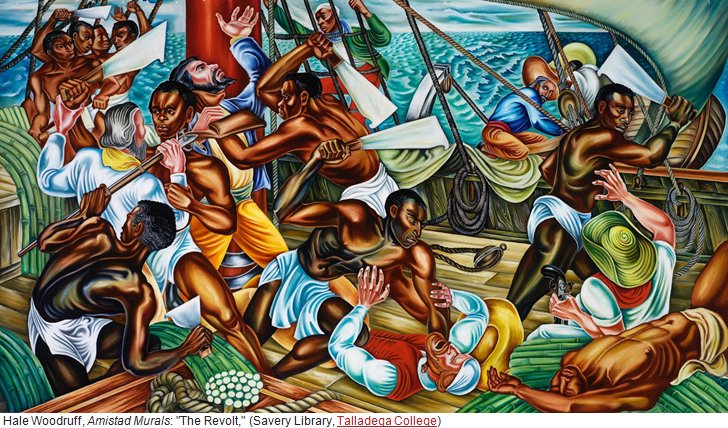 This week, THE JANUS ADAMS SHOW commemorates the UN-declared “International Day for the Abolition of Slavery,” December 2, 2018, with a journey of discovery.

Seized by the story of the Amistad Rebellion (a major turning point in the fight anti-slavery and pro-human rights worldwide) historian and filmmaker, DR. MARCUS REDIKER, PhD retraces his search for the “Ghosts of Amistad.”  Join us as he recounts his once-in-a-lifetime pilgrimage to Sierra Leone, West Africa.

Learn more about the United Nations' International Day for the Abolition of Slavery  here.

Hear the show streamed live Saturdays at 4:00 pm on WJFF Radio Catskill.  Subscribe to our podcast and listen to past shows onSoundCloud. 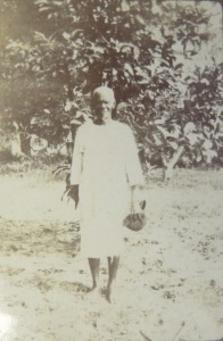 Through their ordeal, the group learned to read and write English.  With a demonstrated talent for languages, 11-year old Kale often served as translator.  On January 4, 1841, Kale wrote the group's lawyer, former president  John Quincy Adams. (Click on the thumbnails to read the full letter). His statement of fundamental principles has immortalized his letter at the pantheon of Human Rights literature to this day:

"All we want is make us free," wrote Kale in the letter shown above. "Dear friend Mr. Adams, you have children, you have friends, you love them, you feel very sorry if Mendi people come and take all to Africa. We feel bad for our friends, and our friends all feel bad for us...."

On March 9, 1841, in the case argued by Adams, the Supreme Court handed down its decision exonerating the Amistad Captives.  In the end, of the original 53, many died in transit and while awaiting justice.  On November 27, 1841, the 37 surviving heroes of the Amistad​ sailed home.

This is the story the drew Marcus Rediker to make his once-in-a-lifetime pilgrimage in search of the "Ghosts of Amistad."

​CHILDREN OF THE AMISTAD:

At ages 11 and 8, "Little Kale" 11 and Marqu were two of the four children aboard the Amistad.  These sketches of them were made while imprisoned with the other Amistad Captives in New Haven, Connecticut. source:  Beinecke Library, Yale 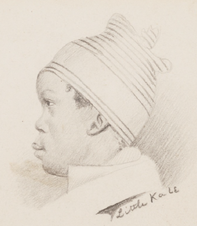 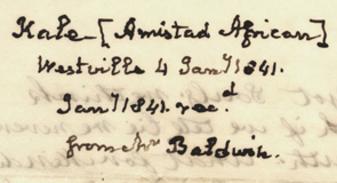 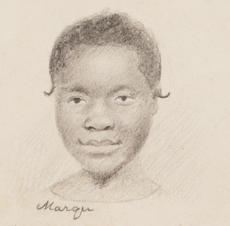