On Juneteenth (the African American holiday celebrating slavery's end), five writers spend the night in a cellar kitchen where enslaved people were once held enchained by the town of New Paltz's colonial founding families.  Crafting reflections on their transformative experience, they performed their monologues -- in a program titled "Reclaiming Our Time" -- before a live audience at the historic Reformed Church of New Paltz.

"I know what you're all thinking: what does one wear to a slave quarter sleepover?"  With that, Victory Reese opened the evening with the first of five monologues -- a meditation on slavery and "a conversation on race," if ever there was.

​​Here's what makes this show extra-special:

Both Dr. W. E. B. Du Bois (Co-founder of the NAACP and the "Father of Pan-Africanism") and Sojourner Truth (self-emancipated ex-slave, abolitionist, and human rights activist) are connected to the families of Historic Huguenot Street.

Also heard on the show: 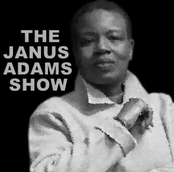